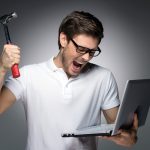 A landmark decision of the Supreme Court of Canada has been released which will serve as an important precedent in many fundamental areas of Canadian copyright law, including the test for determining if a “substantial part” of a work has been copied, assessment of damages, use of experts in a copyright context and the vicarious liability of directors for infringement.

In Cinar Corporation v Robinson, the court held Cinar Corporation, some of its directors and officers, and other co-distributors and co-producers liable for copyright infringement of Claude Robinson’s work, with orders to pay punitive damages of $500,000 and non-pecuniary damages of $400,000, among other damages.

In order to find a work infringing, the work copied must consist of any substantial part of the original work. The court confirmed that to assess this, one must look at the work as a whole, which is part of using a qualitative and holistic approach, and warned that this analysis should not be conducted with the “copied features piecemeal”.

In regards to expert evidence, the court confirmed that although the perspective of the person of the intended audience of the works at issue is the proper test, the opinion of an expert might be necessary in order to detect structural similarities or intelligible similarities between the works. Here, relying only on the intended audience of the works in question, in this case, a children’s animated TV series, would effectively be asking whether a five-year-old child could detect the similarities between the works.

Additionally, it was found that an original work born out of an independent creative process, a soundtrack in this case, and used in the infringing material may constitute an infringing component of the work.

The court found as a fact that the music revenues could not be disassociated from the overall work, therefore profits associated with the soundtrack were included in the disgorgement of profits because there was no evidence that pointed to the possibility that it could be a stand-alone product and was rather only commercialised as a component of the television show.

It was also determined that under Section 35 of the Copyright Act, the disgorgement of profits must be done under a joint basis and not under a solidary (joint and several) basis. The court further rejected the application of the Andrews cap in this case, which sets the limit for non-pecuniary losses at $100,000 resulting from bodily injury, stating that the damage stemmed from material injury.

The impact on the physical health of Robinson was a consequence of the material injury but was not itself a bodily injury as defined in Québec civil law as “a form of a breach of physical integrity”. Finally, it was decided that punitive damages in Québec should be awarded on a joint basis and an interference to a right protected by the Charter Of Human Rights and Freedoms entitled Robinson to such damages.

In the second case, an individual by the name of Nicholas Hernandez was ordered to pay $10,500,000 in damages: $10,000,000 in statutory damages and $500,000 in punitive damages, following a motion for default judgment. Twentieth Century Fox holds copyright rights in The Simpsons and Family Guy television programmes.

Hernandez copied these programmes on to his computer and then uploaded them to websites for online distribution.

He allegedly uploaded at least 700 episodes of The Simpsons and Family Guyprogrammes to the websites, which included Watch The Simpsons Online (WTSO.tv) and Watch Family Guy Online (WFGO.net) among others.

He was gaining financial benefit from such actions and his infringement was determined to be in bad faith. Individual actions in order to distribute the episodes online were also deemed infringing activities taken separately, such as reproducing any substantial part of the programmes, uploading copies on his computer or capturing broadcast television signals of said programmes.

Justice Campbell reasoned that the statutory damages elected by the plaintiff were not enough to punish the defendant’s misconduct and serve as a deterrent—punitive damages, together with an injunction against future infringement by Hernandez were warranted as well.