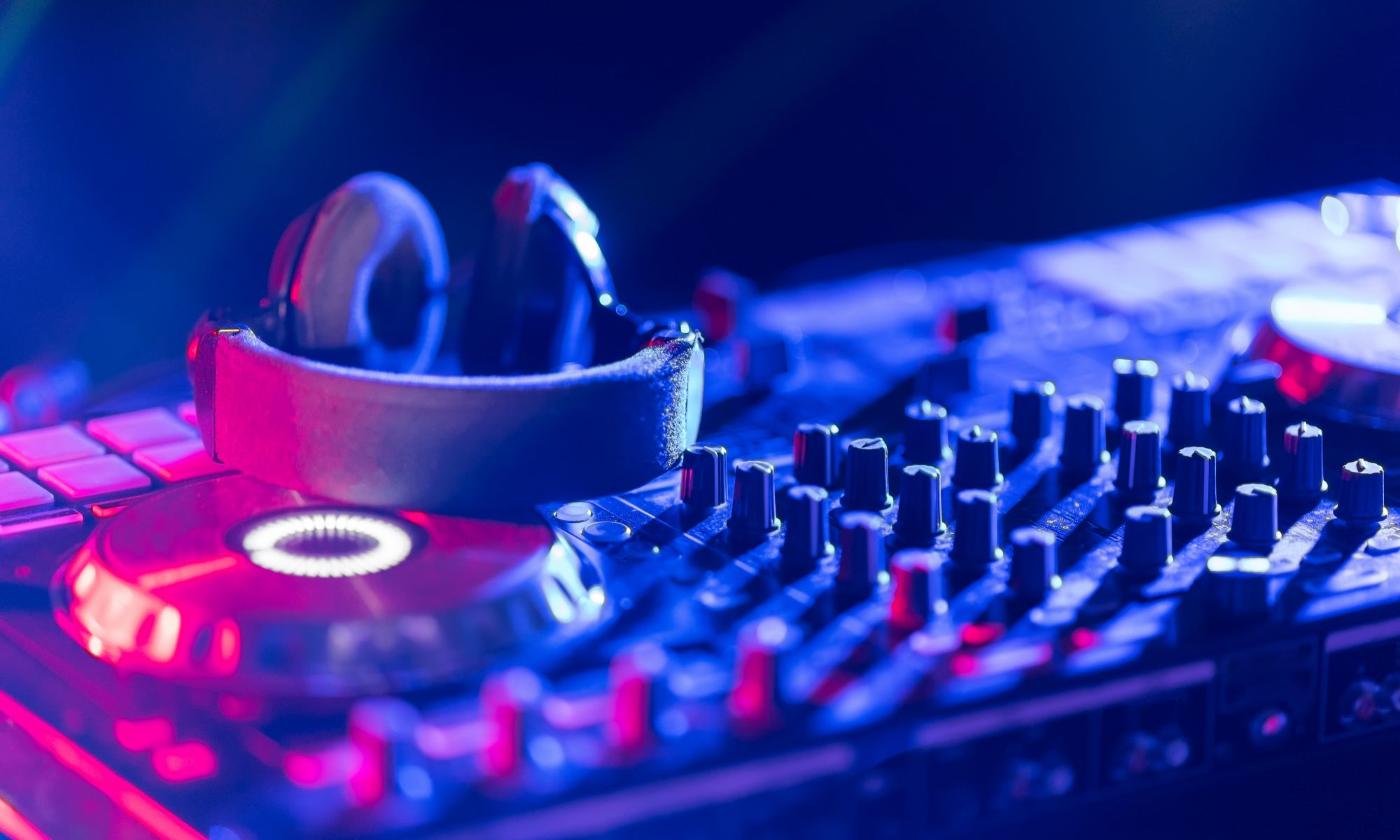 Let’s face it, consumers today have easier access to music than ever before. There are a multitude of ways to listen to a song in 2018, whether that be via FM radio, Satellite radio, on-demand interactive streaming services such as Spotify, Apple Music, Google Play, and Amazon Music, or by traditional media such as CD’s, LP Records, and yes, even AM/FM cassette tapes.

The presence of a vast online digital marketplace has diversified the music industry making it an increasingly vital sales and revenue channel for record labels and recording artists. The digital landscape of streaming platforms has led to a massive shift in the music rights industry requiring music rights holders to work relentlessly to license their work to the many digital services we know, love and use on a regular basis – all while ensuring they receive the rightful remuneration for their creations.

Below will be a brief account on the basics behind music copyright and licensing and how we are able to press play on our iPhones (or android devices) and listen to our favourite tunes all day long.

The Basics Behind Music Copyright and Licensing

Copyright is a form of intellectual property. It applies to all original literary, dramatic, musical and artistic works provided the conditions set out in the Canadian Copyright Act have been met. The Canadian Copyright Act defines copyright as the exclusive legal right to produce, reproduce, publish or perform an original literary, artistic, dramatic or musical work. This means that the owner of the work (usually the creator, although as will be seen below, this is not always the case) has the sole right to do anything to or with the copyrighted work. The owner of a copyright is therefore referred to as the “rights holder”.

Copyright in Canada exists automatically once an original work is created and lasts for the lifetime of the creator and for 50 years following their death. After that, the work becomes part of the public domain and can be used by anyone. This is true for most works, but of course there are exceptions. The copyright owner also has the right to authorize or refuse others to exercise any of the above rights. This means that any person wanting to use a copyrighted work must obtain permission from the rights holder via a license with respect to the copyrighted work.

For the purposes of this article, only copyright in musical works (songs) – will be examined.

What Is Music Copyright?

Music copyright is quite confusing, and to fully explain the subject would require its own novel, so let’s start with the basics.

A musical work includes any work of music or musical composition with or without words, including compilations of musical works. In that case, the owner of a musical work (depending on the type of copyright they own) such as the composer and/or lyricist, publisher, recording artist or its recording label, or a combination of all – has the sole right to reproduce, distribute, publish or perform their copyrighted musical work publicly, as well as the right to prepare “derivative works” based on their original work – i.e. a new arrangement of a song or a translation of its lyrics into another language. It is important to understand that all music, regardless of its medium, is protected by copyright the minute it is created.

For each piece of recorded music there are two separate copyrights – the musical composition and the subsequent sound recording, which are often held by different owners.

The copyright in the underlying musical composition comprises just that – the composition of music – i.e. the musicals notes of the song and any lyrics associated with the music. This is often referred to as the “publishing” as it is usually controlled by music publishers and songwriters.

However, in some circumstances, rights in composition and rights in sound recording are controlled by the same person, particularly in the case of independent artists who write and perform their own songs.

In certain instances, particularly with older music, the underlying musical composition may have entered the public domain, while the more recently produced sound recording is still protected by copyright. Depending on the type of use, a license may be needed with respect to the musical composition, the master recording, or both.

To many people’s surprise, a single song does not contain a single copyright! It often can have three, four, or maybe even five copyrights attached to it. The multiple number of rights scattered across a single musical work is very common and is a leading factor for the complexity surrounding music copyright.

Most notably, musical compositions are often co-written by two or more people, and typically each co-writer (or their music publisher) controls a part of the copyright in the co-written composition. Other scenarios include having more than one recording artist recording their own rendition of a song they have or have not written.

Let’s use the popular song “I Will Always Love You” as an example. This song was written by Dolly Parton in 1973 and recorded by her in 1974. Since then, several recording artists, including Whitney Houston and Kenny Rogers, have each recorded their own renditions of the song. Because the song was written by Dolly Parton, she (through her music publishing company, Velvet Apple Music) owns the copyright in the composition to the song, which includes the melody and the lyrics, while the copyright in the sound recording of her rendition of the song is owned by her record label, RCA.

Understanding the differences between musical composition and sound recording is vital for those in the wider music community as this difference not only affects copyright and registration of copyright, but also the types of licenses the owner of a musical work can grant to others in order to legally use the work.

What is Music Licensing?

As each song has two separate copyrightable parts, these two distinct copyrights are licensed by their respective owners through three common types of licenses – mechanical licenses, public performance licenses, and synchronization licenses.

Most public performance licenses are issued by one of the large Performing Rights Organizations (PROs). These performance right societies are made up of writers and publishers who collect royalties between copyright holders and parties who wish to use copyrighted works publicly. Most countries have one PRO organization; however, the United States has three. These include, ASCAP (The American Society of Composers, Authors and Publishers), BMI (Broadcast Music, Inc.), and SESAC. In Canada, public performance licenses are issued by SOCAN (Society of Composers, Authors and Music Publishers of Canada).

Instead of every restaurant or retail store owner having to obtain a license from every single songwriter, the “PROs” typically offer blanket licenses to all the songs in their catalog. A blanket license allows the licensee (the person who receives a license) to use or to publicly perform any of the songs within that PRO’s catalog (each “PRO” controls a different catalog of songs). PRO’s often negotiate blanket licenses for the use of their catalogs in exchange for a yearly fee. Therefore, licensees who require the use of many copyrighted musical works often elect for a blanket license, where they pay the “PRO” a fixed sum of money per play or per song or per month, and that “PRO” then attributes the amount owed to each publisher and songwriter.

How Does It All Come Together?

For example, for on-demand interactive streaming services such as Spotify to digitally transmit sound recordings to their listeners, they must obtain both a mechanical license and a public performance license from each of the rightful owners of the musical work. So, if Spotify wants to transmit Whitney Houston’s version of “I Will Always Love You” to its listeners, Spotify would have to obtain a performance license from Sony Music Entertainment to license the recording, who would then give Whitney Houston’s estate a percentage of the stream. Spotify would also have to pay the music publisher and songwriter – in this case Dolly Parton is both – through a mechanical license.

If someone wants to publicly perform the song “I Will Always Love You”, they would need to acquire a public performance license from the copyright holder of the song – Dolly Parton (through her publishing company, Velvet Apple Music). In this case, Velvet Apple Music is affiliated with the “PRO” BMI for administering public performance licenses. Therefore, upon obtaining a blanket license from BMI, that person would be able to publicly perform “I Will Always Love You, as well as any other song within BMI’s repertoire.

In the case of an ad agency wanting to use Whitney’s recording of the song in one of their television ads, the agency would have to acquire synchronization licenses from both the sound recording copyright holder, and the musical composition copyright holder – i.e. Sony Music Entertainment to use Whitney’s rendition of the song, and Vista Apple Music, as Dolly Parton holds the rights to the song’s sheet music and lyrics. This will allow the ad agency to create a derivative work (the audio/visual commercial with the song “I Will Always Love You” mixed into it) and to reproduce, distribute, publicly perform, and display the derivative work with the sound recording and music composition imbedded into it without infringing on any owners’ copyright.

As you can see, there is an awful lot going on behind the scenes when we listen to our favourite songs. Many of us are only concerned with having a good playlist to get us through our workouts or workdays in which case copyright considerations are minimal so long as our music has been acquired or downloaded through appropriate channels. But for those who use music in any way in connection with their businesses or who are involved in the performance of music, there are a lot more considerations that come into play and Aventum can help you to ensure that you cover all your bases.