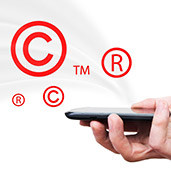 The Canadian Copyright Act requires that all assignments of, and grants of interest by licence in, a copyrighted work must be in writing and signed by the copyright owner or the owner’s authorized agent.

In cases where an author did not execute an assignment document but intended to assign copyright, courts have still traditionally refused to impose equitable assignments, given the clear wording of the legislative provisions.

Some people have criticised this ownership regime as being too formal. However, a 2013 decision by the Federal Court of Appeal, Tremblay v Orio Canada, in effect side-stepped the technical requirements of the legislation by granting an implied copyright licence where an author had not executed an assignment but admitted to being bound by its terms.

In Canada, the author of any type of work is typically the first owner of the copyright in it, unless the work was created in the course of employment. Where a work is created in the course of ‘traditional’ employment, an employer is deemed to own the copyright if the work was created under a contract ‘of’ service—there is no need for a written assignment. This is distinguished from employment under a contract ‘for’ service, such as where the contractor is an independent consultant—no assignment is deemed to exist.

Until 2012, the Copyright Act set out a further exception to the presumption of copyright ownership by the author—namely, in the case of photographs. Before amendments to the act came into force, a person who owned a film or a memory card on which a photograph was stored was deemed to be the author of the photograph.

The distinction between contracts ‘for’ and ‘of’ service has proved problematic for those who commission works, not only because distinguishing between those contracts is difficult in some cases, but because there tends to be an expectation among the public that copyright will automatically vest in an entity that has paid for a work to be created. The decision in Tremblayhighlights that this is not necessarily the case.

In Tremblay, a company (Orio Canada) entered into a contract of service with the company (Service Informatique Professionel) of a computer programmer (Doris Tremblay) to improve software that Orio owned. While the programmer’s bids for the contract included a clause that said any development would become the “exclusive property” of Orio, and the programmer admitted that the clause governed the relationship with the company, the court found that this was not a valid assignment of copyright as the bids were not signed.

Commenting that the purpose of the Copyright Act is to “strike a fair balance between the public interest in the creation and dissemination of works of the arts and the intellect, on the one hand, and obtaining a just reward for the creator, on the other hand”, the court ordered that Orio held an implied non-exclusive licence.

While a strict interpretation of the legislation might dictate the opposite result, the court also commented that the regime would be “excessively formalistic” if not applied in this manner, and explained that by ordering that the licence be non-exclusive, no interest was being granted in the copyright.

The court has drawn a line between the grant of exclusive and non-exclusive licences—the latter can now be established without the need for a formal document. It is, however, suggested that employers continue to try to set out as clearly as possible, and in written format, their expectation of copyright ownership. Leaving such matters to the whims of the court is bound to be expensive and uncertain.