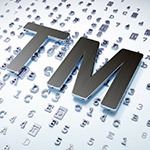 Canadian trademark practitioners remain, for the most part, focused on the coming changes to our trademark legislation as we join the Madrid, Nice and Singapore Treaties.

Consultations with the Canadian Intellectual Property Office are continuing as the changes to the Trademark Regulations and Trademarks Act are finalised. Stay tuned for more information on this issue as details emerge; we will report on them in the future. However, there continue to be other notable developments—both on the legislative front—as the Canadian government carries on with its efforts to modernise other areas of our IP laws and our jurisprudence. Here are two of the more interesting developments from the past few months.

The copyright ‘notice and notice’ regime

In a news release dated June 17, 2014, the Canadian government announced the copyright ‘notice and notice’ regime will come into force in January 2015. This mandatory notification system will require internet service providers, search engines and other internet intermediaries to take certain action after receiving a notice of alleged copyright infringement from a party having an interest in the copyright.

These provisions formalise and make mandatory a tool that copyright owners have had access to from many internet intermediaries in the past on a voluntary basis. With the coming into force of these provisions, the intermediary will be required to forward, without a fee, a complaint of alleged copyright infringement and then notify the complainant once it has been sent. Alternatively, it can explain the reason why it was not possible to forward the notice. Further, intermediaries must retain records associated with these notices for six months or more, in case an interested party decides to pursue legal action.

Failure to perform these obligations may lead to an award of statutory damages to the claimant of between CAD$5,000 and CAD$10,000.

Search engines will also be required to remove any cached versions of the allegedly infringing material within 30 days, even if the notice is sent after the material has been taken down from a website.

This is the final piece of the puzzle in implementing the Copyright Modernization Act, which was introduced under Bill C-11. Most of the act came into force in 2012. Industry minister James Moore said of Canada’s new copyright regime: “Modern copyright laws are a critical element in supporting a strong and growing digital economy in Canada. With the coming into force of the ‘notice and notice’ regime, alongside the ratification of the international internet treaties, Canadians now have balanced, modern, made-in-Canada copyright laws that will help support innovation and drive investment in the economy.”

Section 9(1)(k) of Canada’s Trademarks Act prohibits the adoption of a trademark that consists of, or so nearly resembles that it is likely to be mistaken for, “any matter that may falsely suggest a connection with any living individual.”

In a recent Federal Court decision, Jack Black LLC v AG Canada, 2014, the court confirmed that the standard to be met in support of an objection to a trademark based on section 9(1)(k) is very high. The living individual must have had a Canada-wide “significant public reputation” at the time the mark was adopted in order to be successful in such a challenge.

The court declined to comment on whether the “adoption” of the mark must be within Canada, as the internet printout evidence tendered by the registrar regarding the reputation of the individual fell so short of what would be required to establish a “significant” reputation that the issue was moot.

What can be gleaned from this case is that establishing reputation will require compelling evidence—which could include survey evidence as to the extent of the personal fame of the individual in Canada—in addition to evidence that the trademark, if in use, has falsely suggested a connection with the individual in the past.

Questions? If you have any questions please call 613-232-5300 to speak to a professional or email us OwnWhatsYours@aventum.law.