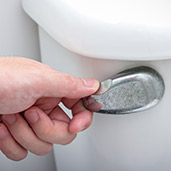 The “Every House Needs a Toilet” Argument Goes Down the Drain

Over the past decade or so, the attitude of Canadian courts towards borderline utilitarian copyrighted works has shifted towards recognition of the skill and judgment that makes such works subject to copyright.

Since 2010, the courts in at least 3 Canadian provinces have awarded damages for infringement of copyright in architectural plans. While damages awarded for such infringements have been nominal (generally in the tens of thousands of dollars range), this has represented a shift away from the acceptance of the “every house needs a toilet” argument. Let us explain…

In 2013, Shapiro Cohen LLP successfully represented Oakcraft Homes Inc. in a copyright infringement case against home owners and another home developer who had used Oakcraft’s architectural plans without license to build a house. While not reflected in the Reasons for Judgment, one of the Defendants’ arguments during trial was that ‘every house needs a toilet’ and that because there are a finite number of configurations of bedrooms, washrooms, kitchens, etc. in a house, and the items within each room were individually utilitarian, no one trader should reap the benefit of having arranged those components in a particular way.

In rejecting the “every house needs a toilet” argument and finding that the house plan was, as a whole, an original artistic work deserving of copyright protection, the Court found “the arrangements of components, that in and of themselves and standing alone as ideas may not be the subject of protection, in a unique way can make those components uniquely arranged copyrightable.”

Now, the Federal Court has awarded damages for infringement of copyright in an architectural work itself. The September 2017 Federal Court decision in Lainco Inc c Commission Scolaire Des Bois-Francs et al confirmed that an indoor soccer complex was subject to copyright protection as an architectural work – the first time in recent history that such protection has been recognized for a building structure. The decision was notable for its finding that even where building structures as a whole are functional, originality in an architectural sense will be sufficient to find that copyright exists.

What does this mean for architects and designers going forward? Now is the time to invest in copyright protection for each architectural work. Holding a copyright registration entitles the owner to benefits in case of litigation – including a presumption that the holder is the owner of copyright.

With increasing recognition of the skill and judgment required to design architectural works, and the corresponding ability to collect damages for infringement of same, the minimal costs associated with registering copyright are easily justified.