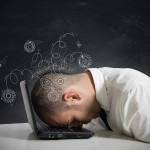 There are many grey areas in trademark law that frustrate lawyers and clients alike because of the lack of straightforward answers to what seem to be simple questions. The legal status of domain names has been one such issue.

As jurisprudence developed, US courts became more willing to accept that domain names were something more than mere contractual rights. The advent of the Anticybersquatting Consumer Protection Act (ACPA), which permits an in rem proceeding against a domain name (similar to tangible property), helped move jurisprudence forward in this regard, although that legislation falls short of actually stating that domain names are property.

By 2009 however, US courts—as well as courts in other countries—had generally come to the conclusion that domain names are indeed personal property and that is now the prevailing view in that country and elsewhere. Interestingly, at least one recently decided US case seems to have come full circle back to the proposition that domain names are “the product of a contract for services” rather than personal property.

In Canada, the dearth of court cases relating to domain name law—particularly in the early years—has meant that many principles which have evolved into essentially black-letter law in countries such as the US are still either in their infancy or are just beginning to gain momentum. Here, the answer to the question of whether domain names can or should be recognised as personal property is beginning to take shape with the recent Ontario Superior Court of Justice decision in Mold.ca Inc v Moldservices.ca Inc (Court file No.CV-13-480391) which confirmed that .ca domain names are personal property and are accordingly subject to the rules that govern any other type of personal property.

A decision of the Ontario Court of Appeal in 2011 had already determined that domain names can be considered personal property in some contexts. Leave to appeal against that decision to the Supreme Court of Canada was sought but denied. The decision was helpful but uncertainties remained, since it may be the final word for the moment in Ontario but is not binding on the other provinces or territories.

Moreover, while the decision confirmed that domain names are personal property for the purpose of serving a claim in respect of a domain name, it did not really address the question in other contexts, for example whether title in a domain name can exist independently of a registration, can they be stolen, can they be seized to satisfy a debt, or sold in bankruptcy proceedings?

The Mold.ca Inc case pushes the envelope a bit further by confirming—at least in Ontario—that title in .ca domain names exists independently of the registration of those domain names.

The issue in the case was essentially whether a party other than the registrant could have title to the domain name. The plaintiff sought relief from the court after having failed to recover the disputed domains through Canadian dispute resolution process proceedings due to the absence of evidence of bad faith or any infringement of third-party rights.

The Ontario court agreed with the plaintiff that “the issue is a simple matter of property law” and in so doing held that the plaintiff company owned the title in the domain names, which had been wrongly converted by the defendant. The domains, together with all administrative information and passwords, were ordered to be transferred to the plaintiff.

Aside from the need for Canada to take its place among the nations of the world having a robust and effective IP rights protection system in place, IP legislative reform is also widely considered to be essential to ensuring Canada’s continued economic growth and competitive edge on the world stage.