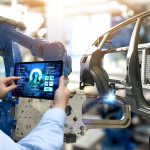 In his speech at the World Economic Forum in Davos, Switzerland, last month, Prime Minister Justin Trudeau emphasized five key points as the basis of a fourth industrial revolution: education, infrastructure, innovation, population diversity and public-private investment. Make no mistake – the knowledge economy is here to stay. Or, as Mr. Trudeau put it: “What it takes to grow and prosper isn’t just what’s under our feet, it’s what’s between our ears.”

It’s refreshing to know that our government understands the need to diversify our economic base to include knowledge-based industries if we are to remain competitive. It was an optimistic, upbeat address to invite the world to invest in Canada.

First, though, some due diligence is in order. According to reports issued in 2015 by both the Conference Board of Canada and the Centre for Digital Entrepreneurship and Economic Performance, a think tank in Waterloo, Ont., Canada is failing to keep up with its peers in innovation. According to the Conference Board, innovation is defined as “a process through which economic or social value is extracted from knowledge – by creating, diffusing and transforming ideas – to produce new or improved products, services and processes.”

While both reports measure a variety of metrics, a few key issues emerge regarding the “weak links” in innovation inputs and performance.

Foremost is the decline in business enterprise research and development (BERD), which in an indicator of private-sector commitment to innovation. Since 2000, Canada has broken with the global trend in BERD: The OECD average has been steadily increasing since that time, and 16 peer countries have slightly outperformed the OECD average. Yet BERD in Canada has declined relative to the OECD average from 2000 to 2013. Within Canada, Quebec businesses have reinvested in R&D at a greater rate than businesses within other provinces, although Quebec’s overall BERD has been in decline since 2007.

As the Conference Board points out, the decline in Canada’s BERD is linked to the decline in our manufacturing sector, which has a much higher R&D input than the combined R&D input of construction, mining, oil, gas and the service sectors. While the low Canadian dollar has been a boon for manufacturing, it will not address the issue – that major sectors of the Canadian economy don’t invest enough in R&D. Another problem is that half of all BERD in Canada is based on just 12 companies, with three firms (Bombardier, BlackBerry and Magna International) accounting for a full quarter of it.

Is enhanced government support the answer to our declining BERD? A comparison with peer countries that outperform Canada on innovation metrics suggests not. Furthermore, successful countries such as Finland, Sweden, Switzerland and Germany provide zero tax incentives, whereas Canadian governments (federal and provincial) provide tax incentives at a rate of six times that of direct funding for BERD. And while federal and provincial governments can look at restructuring the type (direct versus indirect) and amount of funding for R&D, Canadian businesses have to step up and do their part. As the Conference Board points out, the years of low innovation input by businesses are unsustainable in the face of volatile resource prices, shifting global trade patterns and increased competition.

Patent filings are another key area in which Canada is behind relative to its peers. Patents give legal protection for intellectual property, capture innovation value and provide a measure of R&D output. They also offer a measure of commercialization, and are a means of sharing cutting-edge knowledge. Not surprisingly, the number of patent applications filed is directly correlated to R&D investment, and our lack of patent filings reflects the low BERD numbers since 2000. There should be a national strategy to increase intellectual-property literacy among entrepreneurs and business managers, given IP’s important role in major sectors and trade agreements.

While Mr. Trudeau spoke of the importance of traditional infrastructure at Davos, another area for improving innovation is investment in digital infrastructure, which facilitates the exchange of data and ideas in today’s economy. The digital highway is as important as the Trans-Canada for commercialization, marketing and development.

Over all, key innovation metrics point to a lag in Canadian commercialization capabilities. We need to improve on the management capacity of our businesses, through education, training and enlisting international expertise.

In keeping with the Prime Minister’s theme, we should seek to improve innovation by building on the strengths we do have: entrepreneurial ambition, high-quality universities, a solid base of venture capital investment and a relatively large output of scientific research. We definitely value what we have “between the ears.” Now let’s use that to develop a national strategy, with full co-operation from the provinces, that will not just enhance our innovation performance, but place us at the forefront for the 21st century.