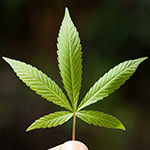 The federal government tabled legislation last week that is expected to legalize the production, distribution and sale of cannabis in Canada by July 1, 2018. In response to the news of this proposed legislation, shares in Canadian marijuana stocks jumped several percentage points – and rightly so.

What does the legalization of marijuana mean for innovation in Canada? In a country that fell behind the rest of the developed world in terms of support for research at the hands of the previous Conservative government, it means that Canadian marijuana-industry players, and those that can establish themselves as such, have a unique opportunity to pull ahead of their competitors in the international marketplace and fill the historical innovation deficit in this country.

Where other countries are stifling marijuana-related development, Canada is giving businesses an opportunity to operate within a legal framework that encourages economic growth and scientific innovation. The marijuana industry in the United States faces financial and legal barriers as a result of discrepancies between state and federal laws, including a lack of access to traditional banking systems, tax deductions and courts within which to enforce their rights. Canada’s new, more hospitable environment will hopefully bring foreign innovators and investors into this market – creating a “green rush” of sorts.

With the introduction of this legislation and the expected influx of entrepreneurs comes the necessity to protect what’s yours, and Canadian stakeholders would do well to start properly safeguarding their intellectual property now, including by filing trademark applications for their brands, registering domain names and applying for plant breeders’ rights (PBR) for new plant strains.

Licensed cultivators of medical marijuana began staking their branding claims well before the announcement of this legislation by filing trademark applications, led in number by Tweed Inc. of Smiths Falls, Ont. With 39 trademark applications currently on file with the Canadian Intellectual Property Office for the company’s house brand, logos and cannabis varieties such as its Copper Pot Blends, Tweed will have a significant leg up on competitors that enter the commercial-cannabis industry – as will other innovators with trademark protection – unless the newcomers claim some part of the territory soon. Applications for trademarks can be made on the basis that an owner intends to use them in Canada, and as such, trademark applications for the commercial production of cannabis can be filed today and put into use once an entity is licensed under the new rules.

The proposed legislation does contain heavy restrictions on how cannabis may be branded and promoted – but that does not mean protecting a brand will not be of value. On the contrary – where there are heavy restrictions on branding and a reduced field of rights over all, proper branding protection is arguably more valuable.

The protection of intellectual property for marijuana-industry players will, of course, not come without challenges. The Task Force on Cannabis Legalization and Regulation, which issued its final report on the framework for legalization last November, admitted that while moving away from cannabis prohibition may be long overdue, “we may not anticipate every nuance of future policy,” and this will certainly include intellectual-property policy.

Even while moving toward this new legal framework, intellectual-property applicants will need to be creative in order to protect their rights. As but one example, applying for plant breeders’ rights in cannabis strains currently poses a challenge that is not necessarily addressed through the new legislation. Only one PBR application has been made for the protection of a marijuana plant strain, and while the innovation deficit in Canada likely has a part to play in this figure, basic legal challenges – for example, those associated with legally mailing sample marijuana strains to the Plant Breeders’ Rights Office – have also dissuaded would-be applicants.