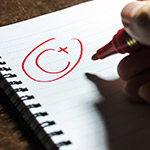 While Canada was given an overall grade of ‘C’ for innovation, the study indicate marked regional differences within the country. For example, the provinces of Ontario, Quebec and British Columbia earned a ‘B’; Alberta earned a ‘C’, while the remaining six provinces earned a ‘D’ or less. In fact, when compared with the 16 peer nations, Ontario ranked 5th (behind the US, ahead of Australia), Quebec ranked 8th and B.C. ranked 10th in innovation.

The Conference Board measured 11 Innovation Indicators in order to gauge a country’s innovation, defined as “a process through which economic or social value is extracted from knowledge—through the creating, diffusing, and transforming of ideas—to produce new or improved products, services, processes, strategies, or capabilities”. The indicators fall into three categories: capacity, activity and results. Capacity is measured through public R&D, the number of researchers, connectivity and scientific articles. Activity is gauged through entrepreneurial ambition, venture capital investment, business enterprise R& D (BERD) and information/communication technology investment. Finally, the results metric is measured through patents, enterprise entry rate and labour productivity.

While Canada performs highly in entrepreneurial ambition, and above average in Public R&D, scientific articles and venture capital investment, it performs poorly in terms of researchers, BERD and patents.

The innovation indicators related to BERD and patents warrant closer scrutiny, given the importance of these assets to a country’s economic potential and growth. In addition, there is a strong relationship between BERD and patents. Countries that have a higher BERD as a percentage of GDP have higher patent rates, since BERD generates new ideas and products that lead to patentable results.

From 1981 to 2000, Canada followed the global trend of increasing its BERD (measured by spending as percentage of GDP). However, from 2001 to 2013, Canada’s BERD has been decreasing, in contrast to the global trend. This is reflected by Canada’s performance in the patents metric, measured as the number of patents filed under the PCT per million population. After peaking in 2006, the Canada dropped in the patents metric due to the recession, and has only started to recover slowly in 2011. Canada ranks 15thoverall, ahead only of Australia, in the CBC’s ranking, earning a grade of ‘D’. Regionally, Ontario, Quebec, Alberta and BC are near the Canadian average.

While increasing the BERD would lead to an increase in patents, further analysis indicates that Canada is substantially weaker than other jurisdictions at converting R&D spending into patents. According to the Conference Board, “too few firms have the management expertise needed to select promising research and innovation projects, make good decisions about resource allocation, attract funding, and shepherd projects from idea to innovation and, ultimately, commercialization”. In addition, more firms need to increase their expertise on the patenting process, make use of patent landscape tools and freedom-to-operate searches, in order to use IP in a smart, efficient way to protect their business interests.