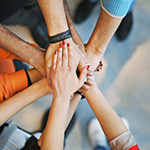 As an inventor, I know that Ahmed Mohamed will pursue his passion to invent. The spark of curiosity never dies; setbacks only strengthen one’s resolve to create, to perfect, to dream. Ahmed’s jarring collision with Islamophobia, followed by widespread support, has strengthened his resolve to fight on behalf of others.

American leadership responded immediately: President Obama, Hillary Clinton, Mark Zuckerberg encouraged Ahmed to keep inventing; Twitter and Reddit executives offered internships; while the White House, Facebook and MIT opened their doors to Ahmed. Our own Chris Hadfield extended an invitation to attend his Toronto science show. Canadians have generously offered to pay the travel expenses of Ahmed and his family.

How would Canadian leadership respond if such an incident occurred here? Would business executives and the Prime Minister rally around a creative teen, praise his curiosity and encourage a culture of innovation? According to the latest reports by the Conference Board of Canada and the Centre for Digital Entrepreneurship and Economic Performance(DEEP), the answer seems to be: Don’t bet on it. In fact, last week’s leaders’ debate on the economy offered very little on the future of innovation.

The reports paint an alarming picture of Canada’s performance vis-a-vis the Organization for Economic Co-operation and Development (OECD) and 16 peer nations. These results will have an impact on job creation and our competitiveness in the global marketplace.

The Conference Board measured 11 innovation indicators that are grouped in three broad categories: capacity, activity and results. While Canada performs extremely well in entrepreneurial ambition, it performs poorly in terms of number of researchers, business enterprise R&D (BERD) and patents.

Although the DEEP report measures different metrics, it too shows that Canada’s BERD – one of the key drivers of innovation – is heading in the wrong direction. From 1981 to 2000, Canada followed the OECD trend of increasing the national BERD (measured by spending as percentage of GDP), whereas from 2001 onward, it has declined, in contrast to the OECD. The manufacturing sector has weighed heavily on this decline: from 2007 to 2011, its BERD decreased 5.6 per cent, whereas the OECD increased by 6.5 per cent (from 2008-2012). Notably, Canada’s gross expenditure in R&D (which includes public and private spending) has mirrored the disturbing BERD trend.

While the division of researchers between government, academia and business is on par with the OECD, the number of full-time researchers (FTR) employed by businesses has declined since 2007, while remaining steady in the public sector. More importantly, since 2007, Canada is the only nation to show a sharp decline of FTRs; other peer nations have sharply increased this metric.

Countries that have a higher BERD as a percentage of GDP have higher patent rates, since BERD generates new ideas and products that lead to patentable results. Not surprisingly, the patents metric follows the negative BERD trend, with Canada ranked 15th out of 16 peer nations in patent activity, and underperforming relative to the OECD average.

Canada ranked 8th in the 2014 United Nations Human Development Index, which reflects a nation’s measure of life expectancy, literacy, education, standards of living and quality of life relative to countries worldwide. In addition, we ranked 5th in the 2015 UN World Happiness Report. Yet Canadians are in danger of having a decline in the overall quality of life, since a nation’s level of innovation has long-term consequences for its prosperity. As Canada’s Governor-General, David Johnston told The Globe in June: “We have to be more innovative if we want to continue to promise our children that life will be better for them than it was for their parents.”

It is clear that Canadian businesses are lagging in R&D investment, in spite of corporate tax cuts introduced since 2006. We need a national strategy to reverse the innovation deficit. We can do it, for our country is blessed with dynamic minds and an entrepreneurial spirit.