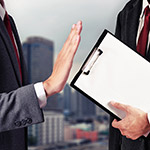 On June 30, 2017, the Supreme Court of Canada released its highly anticipated landmark decision in AstraZeneca Canada Inc. v. Apotex Inc. (2017 SCC 36) in which it considered the so-called “promise doctrine”. The Supreme Court of Canada has found the “promise doctrine” to be “unsound”, “not good law” and “incongruent with both the words and scheme of the Patent Act.”

The “promise doctrine”, unique to Canada and developed by the Federal Courts in recent years, had become “the yardstick against which utility is measured”.

According to the doctrine, if a patent sets out an explicit promise of utility, the patent will be void if it does not meet this promised utility. The Federal Court of Appeal (FCA) in Eli Lilly Canada Inc. v. Novopharm Limited (2010 FCA 197) describes this somewhat heightened utility requirement:

The “promise doctrine” has, in effect, allowed a judge, in certain circumstances, to review the patent specification as a whole to identify any promises and then assess whether those promises are met.

Nexium®, which was sold by AstraZeneca, contains an active pharmaceutical ingredient esomeprazole, which is a proton pump inhibitor (PPI) for the treatment of gastric diseases. AstraZeneca owns Canadian Patent 2,139,653 (the ‘653 patent), which claims optically pure salts of esomeprazole.

AstraZeneca brought an action for patent infringement regarding its ‘653 patent against Apotex shortly after Apotex received a notice of compliance from Health Canada permitting Apotex to sell the generic version. Apotex counterclaimed that the ‘653 patent was invalid.

The Federal Court Trial Division found that the subject-matter of the ‘653 patent was novel and inventive, but held that the ‘653 patent was invalid for lack of utility. The Court relied on the “promise doctrine”, in that if the specification of a patent sets out an explicit promise of utility, then utility will be measured against that promise. The Court construed the ‘653 patent as containing two promises: (1) uses as a PPI, and (2) “improved therapeutic profile such as a lower degree of interindividual variation”. The Court found that only the first promise had been met, the second was held to not be demonstrated or soundly predicted at the filing date.

The Federal Court of Appeal upheld the decision.

AstraZeneca appealed to the Supreme Court of Canada on the issue of the “promise doctrine”, arguing that it was an extra-statutory requirement of utility without any basis in law.

Supreme Court of Canada Strikes Down the “Promise Doctrine”

The Supreme Court of Canada has determined that the “promise doctrine” is “unsound”, “not good law” and “not the correct method of determining whether the utility requirement under s. 2 of the Patent Act is met”.

The Court found the promise doctrine is excessively onerous in two ways: (1) it determines the standard of utility that is required of a patent by reference to the promises expressed in the patent; and (2) where there are multiple expressed promises of utility, it requires that all be fulfilled for a patent to be valid.

The Supreme Court set out the correct approach, as follows:

First, courts must identify the subject-matter of the invention as claimed in the patent.

Second, courts must ask whether that subject-matter is useful — is it capable of a practical purpose (i.e. an actual result)?

The Court further held that “utility will differ based on the subject-matter of the invention as identified by claims construction”, “the scope of potentially acceptable uses to meet the s. 2 requirement is limited – not any use will do” and “by requiring the usefulness of the proposed invention to be related to the nature of the subject-matter, a proposed invention cannot be saved by an entirely unrelated use”.

The Supreme Court noted that the Patent Act does not prescribe the degree or quantum of usefulness required, or that every potential use be realized — a scintilla of utility will do. A single use related to the nature of the subject-matter is sufficient, and the utility must be established by either demonstration or sound prediction as of the filing date.

Based on this approach, the Supreme Court found the use of optically pure salts of esomeprazole as a PPI to be appropriately related to the subject-matter of the ‘653 patent, and allowed the appeal.

The Supreme Court’s decision is significant in the assessment of patent utility in that it provides more certainty and lowers the threshold for a patentee to defend against a utility challenge.