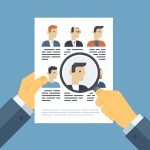 Updates to medical use claims in light of Canadian jurisprudence

Canadian jurisprudence has established that claims to a vendible product, or use of a vendible product, for the treatment of a medical condition, are patentable – provided the claim does not engage with, interfere or restrict the use of a professional’s skill and judgment.

At the heart of every patent regime is economic growth. Innovation is rewarded by the grant of a limited monopoly, which reaps economic benefit for the patentee, and in turn, spurs further research an innovation. While there is widespread agreement that certain matters cannot be patented (e.g. mathematical formulae, discovery of naturally-occurring phenomena), national policy may further limit patentable subject matter.

In Canada, the Patent Act encourages innovation and improvements on existing inventions. Section 2 of the Patent Act legally defines an “invention” as “any new and useful art, process, machine, manufacture or composition of matter, or any new and useful improvement in any art, process, machine, manufacture or composition of matter.” However, methods of medical treatment are considered non-statutory subject matter, based on the Supreme Court of Canada’s decision in Tennessee Eastman Co et al v Commissioner of Patents [1974], in which the Court found that claims to a surgical method of closing incisions in animal tissue did not constitute a “process” as defined under section 2 of the Act.

The underlying principle is that claims to the exercise of professional skill are not inventions, in that the subject matter is non-economic, and thus cannot be patented and monopolized. In the realm of health care, method of medical treatment patents are excluded for ethical and public policy reasons. Physicians should not be prevented or restricted from applying their best skill and judgment out of fear of infringing a claim that covers a pure form of medical treatment (as opposed to a vendible medical or pharmaceutical product).

In summary, many methods of medical treatment claims can be recast as use or Swiss-style use claims to satisfy section 2 of the Patent Act, as long as any steps that encroach upon a physician’s exercise of judgment and/or skill are not an essential feature of the claimed invention. Canadian jurisprudence requires purposive construction of a given claim, in which essential elements of the claim are determined. For example, “use of adhesive ‘X’ for closure of a surgical incision” is considered a method of medical treatment since closure of a surgical incision requires the professional skill of a surgeon.

In fact, recent jurisprudence has shed further light on the intersection between the role of skill and/or judgment of a physician and essential claim elements, giving rise to further clarity on what constitutes a non-statutory method of medical treatment.

In a 2005 decision by the Federal Court (Merck & Co Inc v Apotex Inc), the patent claimed use of a 70 mg tablet to be administered once a week, for the treatment of male baldness. The presiding judge ruled that the claim was for a vendible product (and thus patentable) that did not require the exercise of a physician’s skill.

In 2006 (Axcan Pharma Inc v Pharmascience Inc), the patent claimed the use of 13-15 mg of a drug per kg of the patient’s weight per day, for the treatment of primary biliary cirrhosis. In this case, it was ruled that professional skill was required to determine the appropriate daily dosage based on a patient’s metabolism and other factors. The claim was not allowed.

In 2009 (Allergan Inc, Re, (2009) 79 CPR (4th) 161), the Patent Appeal Board considered a claim for the use of 50-300 units of botox for the treatment of pain associated with muscle disorders. The Board ruled “if a dosage is claimed as part of the patent monopoly it must not be in the form of a range, such that in order to determine the appropriate dosage for a particular patient, specific knowledge of that patient is required, and judgment is required based on that knowledge.” The claim was deemed unpatentable.

In a 2010 case, (Merck & Co, Inc v Pharmascience Inc), the patent claimed the use of a 1.0 mg form of a drug for the treatment of osteoporosis. Following purposive construction, the 1.0 mg form was construed as a daily dosage. The presiding judge made a clear distinction between claims that rely upon the skill and judgment of a medical professional, and claims that deal with a vendible product (such as a scalpel, an X-ray machine or a 1 mg tablet). It was ruled that the claim was for a vendible product, as there was no requirement of professional skill or judgment within the claim.

That same year, the Federal Court (in Janssen Inc v Mylan Pharmaceuticals ULC), dealt with a claim for the use of galantamine fo treat Alzheimer’s disease in a titration regime of a first dosage 8 mg/day for 2-10 weeks, followed by 16 mg/day followed by 24 mg/day, each with a duration of 2-4 weeks. The presiding judge accepted expert testimony, and concluded that the claimed titration regimen was in actuality a recommendation to physicians; patient monitoring and dosage adjustments would be required for effective patient management. He added that “the patent’s proposed monopoly over a medicinal dosing regimen using an old drug for an established purpose might affect the ability of physicians to appropriately treat their patients.” As such, the claim was deemed non-statutory.

In Bayer Inc v Cobalt Pharmaceuticals Company, in 2013, the Federal Court dealt with claims for the use of a composition (estrogen and gestagen) drug, in oral dosage form, for contraception. All of the claims, except for one, recited a range of dosages for one or both of the drug components. These claims were deemed non-statutory since they required the exercise of judgment by a physician to choose between variety of components and dosage ranges. The lone claim that was directed to single dosage of each of the two components was allowed.

In 2014, the Federal Court of Appeal ruled in Novartis Pharmaceuticals Canada Inc v Cobalt on patent that were directed to the use of zoledronic acid for the treatment of osteoporosis. Since the claims included treatment by intermittent dosages, the claims covered subject matter that was within the skill of the medical practitioner, and thus deemed invalid.

Finally, in 2015, the Federal Court ruled in the case of Abbvie Biotechnology Ltd v the Attorney General of Canada regarding use and Swiss-style use claims of anti-human TNF α antibodies (known as “Humira”) for treatment of certain autoimmune diseases. The claims recited the use of Humira using a fixed dosage amount on a fixed schedule. The Commissioner of Patents found the claims to be novel, inventive and having utility. However, he disallowed them for being directed to a method of medical treatment, asserting that the claim encroached upon a physician’s ability to use Humira “how and when” it was deemed fit based on professional judgment. The Court disagreed, stating that “fixed dosages and precise schedule regimes in the claim do not involve the exercise of discretion or skill in the part of the professional”. The court cautioned, however, that claims that recite fixed dosage and/or schedules are not automatically patentable. If there is evidence that the claimed dosage regime and schedule is not exactly as it is claimed, and that adjustments needed which require skill and judgment, then the claim will be deemed non-statutory.

In conclusion, after purposive claim construction, one must determine whether or not the essential elements of the claim contain a restriction of the use of professional skill. The Canadian Intellectual Property Office (CIPO) has issued new examination guidelines in view of the decision in Abbvie Biotechnology Ltd v the Attorney General of Canada. Applicants are advised to consult with a qualified Canadian patent agent on how to recast method of medical treatment claims in view of these guidelines.