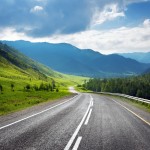 The Patent Prosecution Highway (PPH) is an international framework in which patent prosecution may be accelerated in one jurisdiction if the claims in a corresponding application are allowed by a second jurisdiction. The two jurisdictions must have a bilateral PPH agreement.

In addition, there is now a PCT-PPH program. For national phase applications, the PCT-PPH can advance examination based on an either a Written Opinion (WO) or International Preliminary Report on Patentability (IPRP) (i.e. “work product”) issued by an ISA and/or IEPA. A formal PCT-PPH agreement must be in place between the national phase office and the ISA and/or the IPEA in order to use the PCT-PPH program.

Currently, the Canadian Intellectual Property Office (CIPO) is part of the Mottainai PPH framework with agreements in place with the national patent offices of Denmark, Germany, Israel, Japan, Portugal, South Korea, Finland, Spain, China, the United Kingdom, and the United States. In the Mottainai PPH, the results of an office of earlier examination (OEE) are used to advance prosecution in an office of later examination (OLE).

With regards to the PCT-PPH program, CIPO currently has a bilateral agreement with the USPTO. A Canadian national phase application is eligible for the PCT-PPH if the following conditions are met: 1) at least one claim has been deemed novel, inventive and industrially applicable in a WO or IPRP issued by either the USPTO or CIPO; and 2) all pending claims sufficiently correspond to one or more of the claims deemed novel, inventive and industrially applicable in the WO or IPRP. One apparent drawback is that an international work product issued by patent offices other than the USPTO or CIPO, cannot be used to advance a Canadian national phase application.

The results are similar, if not somewhat better, for the PCT-PPH program, bearing in mind that CIPO only accepts a work product issued by either CIPO or the USPTO. It should be noted that between January 2013 and June 2013, the grant rate of Canadian national phase applications examined via the PCT-PPH program was 100%, while the average pendency from the PCT-PPH request to a final decision was a mere 3.7 months. In addition, the allowance rate as a first office action was 61%; the average number of office actions issued was 0.5; and the average pendency from the PCT-PPH request to the first office action was 2.25 months. Given these statistics, it is conceivable to receive a notice of allowance for a Canadian national phase application within four months of national entry – provided that the (favourable) international work product is issued by either the USPTO or CIPO. These allowed claims can then form the basis of a PPH request in one of the many countries that have a bilateral PPH agreement with Canada. For example, if a Canadian national phase application is allowed based on an international work product issued by CIPO, then the allowed claims can serve as the basis for a Mottainai PPH request with patent offices that have such a bilateral agreement with CIPO.

Where an election of claims is made at an OEE, care should be taken not to file a voluntary divisional of the corresponding Canadian application, as this may result in double-patenting issues which cannot be corrected later on. Canadian patent practice does not currently allow for a terminal disclaimer. Instead, examination of the Canadian application should be delayed as long as possible until groups have claims have been issued by the OEE. A PPH request for one single application should be filed at CIPO for all of the groups of claims that have been allowed by the OEE. As unity of invention regulations are more aligned with those of PCT practice, the Canadian Examiner may or may not issue an election request. If an election is requested, then the applicant can proceed to file a separate PPH request for each divisional application filed. Canadian courts have ruled that applications subject to a request for election by an Examiner, are shielded from double-patenting issues.

The above describes strategies for fast-tracking Canadian applications with CIPO serving as an OLE. As part of an international strategy, however, one may consider filing early in Canada and seeking accelerated examination via two routes. CIPO can then be used as an OEE for PPH requests in other jurisdictions. Applicants should take care to fulfill any foreign filing licence requirements prior to filing in Canada.

One such avenue is CIPO’s Special Order program, which provides a first office action within 60 days, either leading to an immediate allowance, or subsequent allowance in the months that follow. With the Special Order Program, one can have a set of allowed claims within one year of filing. The requirements are relatively simple: an applicant must pay a $500 (CAD) Special Order fee (plus examination fees), and indicate that failure to advance the application is likely to prejudice the applicant’s rights.

Another route to accelerated examination is entry into CIPO’s Green Technology Program, which requires no additional government fee. An application related to green technology can receive expedited examination if the applicant submits a declaration stating that their “application relates to technology the commercialization of which would help to resolve or mitigate environmental impacts or conserve the natural environment and resources.”