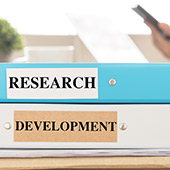 Research and development (R&D) is usually key to the growth of small and mid-sized enterprises (SMEs). Often, the SME has one or more niche products out in the market, with others in the pipeline. However, poor strategic planning of future R&D activities – or worse, none at all – often leads to the demise of SMEs. This can be mitigated, if not avoided, by the use a valuable, but underused tool: the patent landscape analysis (PLA).

A PLA will outline what type of opportunities for growth are available in a certain sector, whether the opportunity lies in a crowded space, and who will compete with these opportunities. In addition, the PLA will indicate which countries have high R&D activity, and subsequently, have a high market potential. Perhaps most valuable is the information about emerging technology clusters and sub-clusters in a given sector.

Take for example, the Hybrid Electric Vehicle (HEV) sector. A PLA provides a patent filing timeline, which shows a marked increase in patent filings since 2006, due primarily to the drastic increase in gas prices from 2004-2009.

Not surprisingly, the U.S. has the highest R&D activity, as the Obama administration has implemented many programs to increase innovation in the hybrid vehicle market. Next is Japan, followed by Germany. China is seventh in the world, in terms of patent filings in the hybrid vehicle sector, due to the fact that it is the only provider of rare metals (dysprosium and neodymium) that are currently used in electric motor systems of hybrid vehicles.

Since filing a patent application in different countries is a capital-intensive task, such applications are usually filed in countries where there is a potential market for the technology in question. A PLA indicates that the three leading markets for hybrid vehicles are (in order) the U.S., Germany and Japan. Canada is 8th, ahead of the Republic of Korea, Australia and Brazil, in spite of the fact that R&D in this sector is at a nascent stage here.

As the U.S. is the top market for hybrid vehicles, a PLA indicates that Japan is the leading foreign country with R&D activity in the U.S., according to the number of patents filed by Japanese companies at the U.S. Patent Office. Next in line are France, the United Kingdom, China and Canada. The PLA also indicates which Japanese companies are filing patent applications in the US. Toyota (with its popular Prius models) and Honda (with its popular Insight models) lead the way, followed by the Aisin Group and Nissan.

Furthermore, the PLA provides an overall picture of the leading hybrid vehicle companies, in terms of patent filings, with General Motors Global taking the top spot, followed by Honda and Toyota. Interestingly, General Electric is in the top ten, due to an agreement with Ford Motor Company to promote GE’s WattStation™ charging station and CNG in a Box™ natural gas fueling station.

The PLA also provides a breakdown of the technology clusters that make up the hybrid electric vehicle (HEV) sector. For example, the three main clusters are propulsion systems, braking and energy sources. Each cluster, in turn, is made up of sub-clusters, which can be further explored to find areas of R&D potential. In addition, the PLA provides a trend analysis as to the growth (or decline) of R&D in a particular technology cluster or sub-cluster. Such a landscape analysis provides valuable information for companies looking to chart a course of R&D in growth markets.

In summary, a patent landscape analysis provides a valuable tool for companies to strategically position their R&D towards growth markets. Consult your IP professional to help chart your course of action.