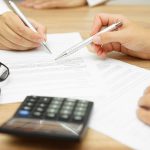 Canada ranked 8th in the 2014 United Nations Human Development Index, reflecting the nation’s measure of life expectancy, literacy, education, standards of living, and quality of life relative to countries worldwide. Canada finished ahead of Denmark (10), Ireland (11), Sweden (12), the UK (14), Japan (17), France (20) and Finland (24). In addition, Canada ranked 5th in the 2015 UN World Happiness Report. Yet, Canadians are in danger of seeing such prosperity and contentment decline if they do not improve upon innovation standards, according to a recent study by the Conference Board of Canada (CBC), which ranked Canada 13th out of 16 peer nations in innovation.

A nation’s level of innovation has long-term consequences for its prosperity. As Canada’s Governor General, the Honourable David Johnson, said in a recent interview: “We have to be more innovative if we want to continue to promise our children that life will be better for them than it was for their parents.”

The Conference Board measured 21 Innovation Indicators in order to gauge a country’s innovation, defined as “a process through which economic or social value is extracted from knowledge—through the creating, diffusing, and transforming of ideas—to produce new or improved products, services, processes, strategies, or capabilities”.

The innovation indicators related to intellectual property warrant closer scrutiny, given the importance of this asset to a country’s economic potential.

For example, Canada ranked 14th out of 16 in patents by population, calculated by dividing the number of triadic patents (i.e. applications for the same invention submitted to patent office in the U.S., the E.U. and Japan) filed by a nation with its population. The top five nations in this indicator are Japan, Switzerland, Sweden, Germany and Finland. Only Ireland and Australia rank behind Canada. While Canada’s performance in this indicator has steadily improved over the past three decades, it has not done so at a rate to keep up with its peers, and has consistently finished in the bottom five performers.

The patents index is the country share of Organization for Economic Co-operation and Development (OECD) triadic patent families divided by the country share of GDP – it measures a country’s patent output relative to its economic size. A score of greater than one in the patents index means that a country is more successful in patenting than the size of its economy would warrant. Conversely, a score of less than one indicates that a country is less successful in patenting than the size of its economy would warrant. Canada ranked 14th of 16 peer countries with a patenting index (PI) score of 0.42. The top country, Japan, scored a 3, while Switzerland and Sweden followed with scores of 2.1. Only Ireland and Australia finished behind Canada. This snapshot, however, does not tell the whole picture, as Canada has increased its PI score by 50% over the past 3 decades; it has overtaken Australia and Ireland during that period, while steadily narrowing the gap with the U.K, the U.S., Switzerland, the Netherlands and France. Alternatively, the PI gap has widened between Canada and the following nations: Austria, Denmark, Finland and Japan.

According to the Conference Board, The Patenting Firms Less Than Five Years Old indicator is the number of firms in a country that are less than five years old that have filed for patents at the European Patent Office, the US Patent and Trademark Office, or through the Patent Cooperation Treaty (PCT). According to the OECD, this indicator is important to innovation since it reflects “the dynamics of firms early in their development and their desire to develop new activities and products – which may affect their survival and growth”[1]. That is, entrepreneurship is an important factor behind innovation. Canada ranks 13th out of 15 peer nations in this indicator, while Denmark, Sweden and Finland are at the top. It is notable that national governments of Denmark and Finland have developed strategies and well-funded policies to enhance entrepreneurship in their respective nations.

Finally, the Trademark indicator is the number of cross-border trademarks per million people. It provides a window into innovation in that the number of new trademark filings reflects product and marketing innovations. Trademarks also represent a large potential for financial value. Canada ranks 15th out of 16 peer nations in the Trademark indicator, only ahead of Japan, while Switzerland ranks first, followed by Denmark.

The full ranking of countries in innovation, the UN Human Development Index, and the intellectual property indicators are shown in the accompanying table.

Poor performances in these intellectual property indicators – and the overall innovation index – have set off alarm bells among Canadian business, political and academic leaders. For example, former co-chief executive of Research in Motion (RIM), Jim Balsillie, has called for these three sectors to come together to develop a cohesive, comprehensive strategy to address Canada’s innovation deficit. Such a strategy will also have to address sub-par performances in Business Enterprise R&D spending; export market shares in electronics, office machinery and computers, pharmaceuticals and instruments; venture capital; and connectivity.

One step in this direction is the June 9, 2015 announcement of innovation awards granted by the Governor General, in order to recognize leaders in innovation and to enhance a culture of entrepreneurship throughout Canadian society, where different sectors come together.

Intellectual Property professionals can play a key role in addressing the innovation deficit by educating key sectors about the value of intellectual property in commercialization. In addition, the many IP professionals who have doctoral degrees and/or R&D experience in SME’s, can help to bridge the gap between business and academia. They will also play a valuable role in assessing patent landscapes and filing strategies.

Canadians have shown that they can address national challenges in the past. The future is no different.