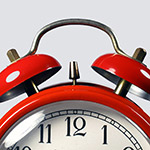 The alarm bells started ringing just over a year ago. Canada was finally taking the plunge — joining the Madrid Protocol, the Nice Agreement and the Singapore Treaty, and harmonising its intellectual property framework with the laws of its major trading partners. Given the magnitude of the proposed changes and the procedural modifications that would be required to put them in place, that timeline seemed impracticably short and the push to fast-track the legislation seemed shortsighted.

The message from the parliament of Canada to our profession—which was already reeling from the unexpected news that changes to our Trade-marks Act would include the elimination of all use requirements—was ‘damn the torpedoes, full speed ahead’. Trademark practitioners across Canada scrambled to both lobby the government to reconsider the use issue and explain to clients the implications of the upcoming changes, which were initially supposed to be implemented as early as autumn 2014.

Given the magnitude of the proposed changes and the procedural modifications that would be required to put them in place, that timeline seemed impracticably short and the push to fast-track the legislation seemed shortsighted. The news that implementation of the changes was being pushed back to mid- or late 2015 was met with some relief and the more recent projections of mid-2016 (if not later) by the Canadian Intellectual Property Office (CIPO) are somewhat more realistic.

The current proposed timeframe will make it easier for Canadian businesses, practitioners and foreign applicants alike to understand the nature of the rather sweeping changes and adjust their Canadian trademark strategy accordingly. Equally important, CIPO should have more time to introduce new procedures in a systematic manner that will maintain the stability of, and ultimately improve, its services to the public.

In this vein, on June 29 CIPO announced that starting in autumn 2015 it will be accepting trademark applications filed with their goods and services grouped and classified according to the Nice Classification.

In conjunction with this, certain enhancements to CIPO’s online tools will also be introduced, including new and improved search capabilities relating to Nice classes and a redesigned and updated Goods and Services Manual to facilitate selection of the appropriate classification to apply to goods and services.

Another very significant and positive development in Canada is in the area of privilege for IP agents. On June 23 Bill C-59 (An Act to implement certain provisions of the budget tabled in Parliament on April 21, 2015 and other measures) received Royal Assent. This means that as of June 23, 2016 (one year from the date of Royal Assent) confidential communications between clients and registered patent or trademark agents who are not lawyers will be entitled to the same statutory legal privilege as communications that are protected under solicitor-client privilege.

The act also addresses two other significant areas of concern. One is the problem of confidentiality of communications between clients and lawyers who are also trademark or patent agents. Canadian courts have held that that privilege may not be applicable to communications with lawyers who are acting in their capacity as a patent or trademark agent rather than a solicitor.

The second problem involves the communications of agents working in other countries that provide a privilege in relation to client communications. Canadian courts have declined privilege in such communications as well. These have been areas of uncertainty—with a predictably chilling effect—in our law for over 20 years.

The act provides that where an agent is working in another country that also provides a privilege in that country, communications with that agent that meet the applicable requirements would be privileged in Canada as well. Similarly, the communications of lawyers acting in their capacity as agents would also be protected.

These upcoming amendments to the Trade-marks Act, Industrial Design Act and Patent Act represent a considerable and welcome victory for the IP profession in Canada. Securing privilege for agents has been a goal of the IP community since at least the late 1990s, when concentrated efforts began to spread awareness of the issue within the government and lobby for change.

The act is a step in the right direction in showing that Canada is serious about keeping step with its most important trading partners in modernising its IP legal framework and, more important, enhancing the ability of Canadian businesses and innovators to be more competitive both in the domestic and the global marketplace.

Victoria Carrington is a partner at Aventum IP Law LLP . She can be contacted at: vcarrington@aventum.law.