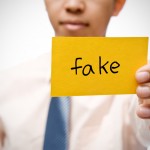 Significant changes to both the Canadian Trademarks Act and the Copyright Act may be coming in the near future, as the federal government seeks to bring Canada in line with the requirements of the Anti-Counterfeiting Trade Agreement (ACTA) by introducing Bill C-56—the Combating Counterfeit Products Act.

One of the most significant changes is the amendment to the definition of a trademark. A trademark is currently defined as a “mark”, a “certification mark”, a “distinguishing guise” or a “proposed trademark” used for the purpose of distinguishing a person’s wares or services from those of others. By changing the reference to “mark” throughout the Act to the word “sign”, Bill C-56 will significantly expand the scope of a registrable trademark.

“Sign” is defined as including “a word, a personal name, a design, a letter, a numeral, a colour, a figurative element, a three-dimensional shape, a hologram, a moving image, a mode of packaging goods, a sound, a scent, a taste, a texture and the positioning of a sign”. The express provision for “distinguishing guise” has been removed, leaving only “three-dimensional shapes” in the general category of signs, so the requirement of acquired distinctiveness at the filing date for these kinds of marks no longer applies.

Instead, the proposed changes expressly prohibit the registration of trademarks whose “features are dictated primarily by a utilitarian function” in relation to the goods or services in association with which they are used or proposed to be used.

A corresponding change to the infringement provisions of the Act, Section 20, clarifies that no-one can be prevented from using any utilitarian features embodied in registered trademarks.

The anti-counterfeiting provisions of Bill C-56 include expanding the criminal provisions of the Copyright Act, introducing criminal offences under the Trademarks Act, and amending the Criminal Code to allow police to seek judicial authorisation for the use of wiretaps during the investigation of these new offences . Opponents of ACTA are especially critical of the bill’s increased border detention powers, and concerns about excessive criminalisation and excessive border enforcement measures are already widespread. It is important to note these changes are far from certain at this time. Bill C-56 will undergo detailed review and debate before passing into law and the final version of the legislation may well be quite different from this initial proposal.