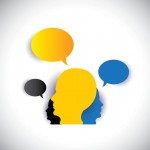 After years of debate and extensive discussion, the Canadian government tabled five international IP treaties in the House of Commons—all on one day. On January 28, 2014, parliament took the first step towards ratifying and subsequently implementing the following five treaties:

Canada has therefore taken the first step towards transforming its IP legal framework and harmonising its trademark, patent and industrial design laws with those of its major trading partners.

Actual legislative changes have not yet been undertaken, however. Canadian parliamentary procedures require the government to observe a waiting period of at least 21 sitting days—which expired on March 4, 2014 and during which members of parliament could review the treaties and debate or vote on motions regarding any aspect of the treaties. After the waiting period, any new legislation that may be required to implement these treaties can be introduced but the timeframe within which this will happen, or the time it will take for such legislation to be approved, is far from certain.

Implementing these treaties will require Canada to undertake numerous changes to its IP law, the full impact of which will not be known for quite some time. We do know, however, that some fairly fundamental changes will have to be made.

For example, Canada does not currently use the international (Nice) classification system for wares and services associated with trademarks, other than for indexing and search purposes. The Canadian Trademarks Act requires only that wares and services be defined “in ordinary commercial terms” which, in practice, typically requires applicants to describe their wares and services with a higher degree of specificity than in jurisdictions that do use the Nice classes.

Similarly, Canada currently does not permit applicants to divide applications so as to move an application forward in relation to non-contentious wares and services while problems with other wares and services are dealt with in examination. Adherence to the Singapore Treaty will require Canada to change both these aspects of its practice, among many others.

Implementation of the Madrid Protocol will likely require even more sweeping amendments to Canadian legislation, affecting not only the business practices of trademark applicants, but those of trademark practitioners in Canada as well. While the economic advantages to trademark owners of being able to obtain registrations in many jurisdictions at once through the filing of a single application seem relatively straightforward, it seems just as clear that Canadian trademark professionals will probably have to adapt to a new business model dictated by this IP ‘paradigm shift’.

The impetus for this move on the part of Canada’s government is likely to have been the ongoing Canada-EU Free Trade and Trans-Pacific Partnership Free Trade agreement negotiations. However, Canada’s IP legislation has long been considered overdue for reform on a number of fronts—it is, for example, the only developed country that has not yet implemented Madrid.

Canada’s IP regimes have also been criticised internationally for not dealing effectively enough with issues such as counterfeit goods, allowing Canada to become one of the new havens for IP-related criminal activity.

Aside from the need for Canada to take its place among the nations of the world having a robust and effective IP rights protection system in place, IP legislative reform is also widely considered to be essential to ensuring Canada’s continued economic growth and competitive edge on the world stage.