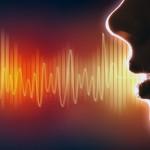 As previously reported, Metro-Goldwyn-Mayer Studios Inc’s (MGM) 20-year battle to register its sound mark in Canada finally culminated in victory. The iconic lion’s roar claimed its rightful place on the Canadian Trade-marks Register as of July 31, 2012, under registration no. TMA828890 for the MGM Roaring Lion (sound only), opening the door to more than a dozen new sound mark applications — among them the Mockingjay Call from the motion picture ; The Hunger Games, and the ever-familiar Tarzan Yell. These and other sound marks are now accessible through the new ‘Canadian Trade-marks—Access to Sound Marks’ database created by the Canadian Intellectual Property Office (CIPO).