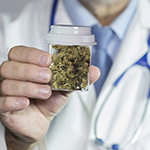 In the spring of 2014, the Canadian government loosened restrictions on the commercial exchange of medical cannabis, ushering in what some would call a ‘free market’ for the product.

In the past, those who had legal permission to use medical cannabis were allowed to access the drug in one of three ways: grow their own supply; have a designated entity grow the supply; or buy it from the government’s sole designated supplier. Now, anyone can apply for a licence to grow medical cannabis and sell it directly to patients.

The new Marihuana (sic) for Medical Purposes Regulations have resulted in a deluge of applications for a special licence, from individuals to start-ups. Since the new rules came into effect, more than 800 companies have applied for special licences over a span of three months. According to Health Canada (the federal department of health), approximately 40,000 patients use medical cannabis, with C$150 million ($137 million) in revenues for the industry. The number of patients is expected reach 400,000 in ten years, while industry revenues are set to exceed C$1.4 billion ($1.3 billion) in 2014.

Reasons for the explosive projected growth include a huge market for opiate substitutes for pain management, and the potential to tailor medical cannabis strains for specific symptoms.

Nonetheless, medical cannabis is still considered a narcotic. As a controlled substance, the handling, distribution, and commercial, medical and scientific activities of the substance are regulated by Canada’s Controlled Drugs and Substances Act and parts of the Food and Drugs Act. Furthermore, Canadian legislation surrounding medical cannabis has been developed in compliance with the UN Single Convention on Narcotic Drugs, 1961 (as amended by the 1972 Protocol), and the UN Convention on Psychotropic Substances, 1971.

As commercialisation of medical cannabis grows in Canada, more companies are competing to develop varieties of cannabis for medical use. What is the best way to obtain IP protection of these strains?

Unlike other jurisdictions, Canadian jurisprudence has deemed plants a form of higher life, and are regarded as non-statutory subject matter. In short, plant patents are unavailable in Canada. However, the Plant Breeders’ Rights (PBR) Act offers legal protection of new plant varieties for a period of 18 years.

All plant species except algae, bacteria, and fungi are eligible for protection. In order to obtain PBR, the plant must be new, distinct, uniform and stable. Obtaining a PBR is a three-part process that includes filing an application, the examination and the granting of rights.

It is important to file a PBR application before making any sale of the plant in Canada. Otherwise, the application will be disqualified. There is, however, a four-year grace period for sales made outside Canada.

All PBR applications must include seed samples. In the case of medical cannabis, this entails further regulations. The PBR Office will accept seed samples only from Canadian-licensed producers of medical cannabis. While law firms can assist in preparing the forms for filing the PBR application, an applicant must make arrangements with a licensed producer in Canada to have the seeds shipped to the PBR Office. Note that a licensed Canadian applicant can ship the seeds directly to the PBR Office.