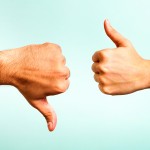 Where shall we start? Perhaps with the good news. Canada’s trademark legislation has a peculiar creature known as an official mark.

Official marks enjoy special status in Canada in that once they are “adopted” by “public authorities” and notice of such adoption and use is given by the Registrar, no other person can adopt in connection with a business, as a trademark or otherwise, any mark that is identical to or resembles an official mark, unless the public authority consents.

The monopoly afforded official marks is quite substantial (some would say heavy-handed) as there is no examination or opposition process and, unlike the confusion test, the field of use and other surrounding circumstances are largely irrelevant to the resemblance analysis. It is also difficult to invalidate official marks or an entity’s public authority status—judicial review proceedings in federal court are, typically, required.

These provisions effectively prevent traders from adopting certain marks, expanding the use of their existing marks or registering trademarks based on previous common law usage, if they correspond to or “so nearly resemble as to be likely to be mistaken for” an official mark, even if the public authority adopted its mark in association with completely unrelated activities or goods/services.

However, Bill C-611 was introduced in Canada’s federal parliament on June 10, which, if passed, will significantly amend Canada’s official mark provisions. A definition of public authority would be added to the Trademarks Act and a third-party opposition procedure for challenging official mark requests would be made available. Moreover, public authority status would be limited to a ten-year renewable term, with each renewal period subject to possible opposition. We will follow the progress of this bill with interest.

The harmonisation of Canada’s IP legal framework with the laws of its major trading partners has been on the table for years. On January 28, 2014, parliament took the first steps towards implementing various international treaties, including most importantly from a trademark perspective the Madrid Protocol, the Nice Agreement and the Singapore Treaty. This was seen as a generally positive development despite the potential uncertainties associated with updating a legislative regime that has changed little since 1954.

On March 28, 2014, shockwaves raced through the Canadian trademark community when the federal government introduced Bill C-31—officially the Economic Action Plan 2014 Act, No. 1—a piece of legislation intended to implement the budget which contains, among its many provisions, an unexpected and fundamental change in Canadian trademark law that has never been debated or subjected to consultation at any level: the removal of previous use of a trademark, in Canada or elsewhere, as a pre-requisite for registration.

Most of the other proposed changes are either essentially formalities (for example, changing “trade-mark” to “trademark”) or are truly necessary to bring our regime in line with international practice (ie, adoption of the international [Nice] classification system). However, unlike these proposed changes which were extensively debated in the industry and within the government, the elimination of the use requirement made its way into the bill with little if any notice to stakeholders.

Described variously by the media as “a bombshell” and “surreptitious”, this change in effect undermines and alters the very underpinnings of Canadian trademark law, including well over 100 years of jurisprudence.

In response to reports that the bill is being fast-tracked through parliament, trademark practitioners across the country quickly mobilised and sent submissions to parliament warning about the potentially seriously negative consequences to Canadian trademark owners and businesses of this proposed change.

Unfortunately, the discussions taking place in parliament suggest that lawmakers assume the outcry from IP practitioners stems from fears of the possible negative impact these changes will have on the profession.

However, nothing could be further from the truth. It is the dire impact on Canadian businesses and trademark owners that is of paramount concern. We can only hope that parliament will listen to the collective voices not only of IP professionals but of ordinary Canadians, whose commercial interests are being seriously threatened.